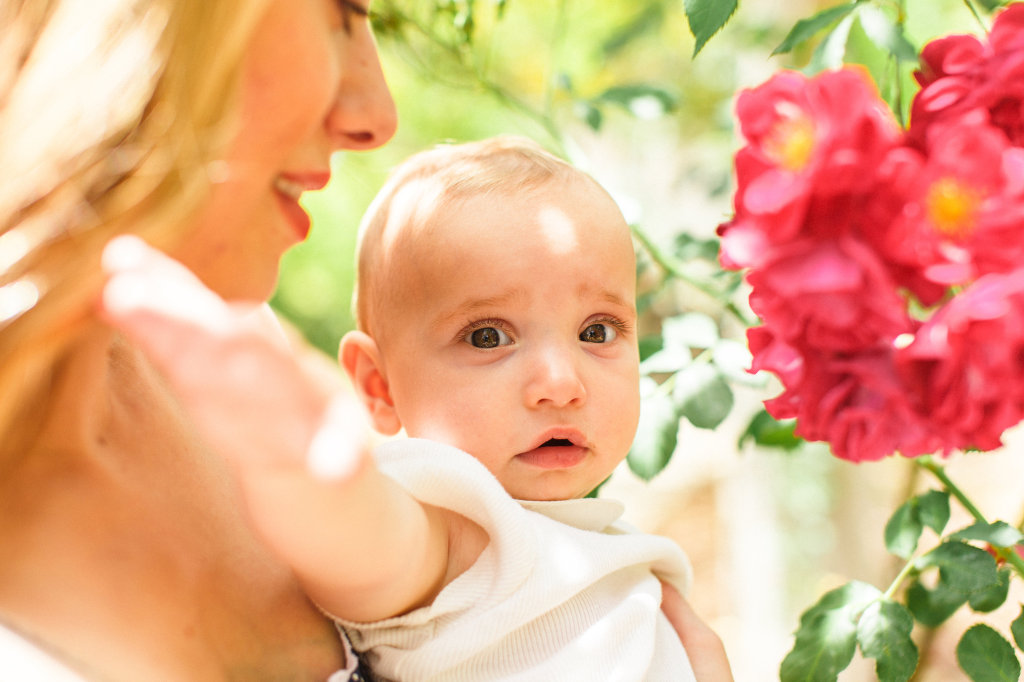 I think we are weaning, and I am kind of sick about it. If I had it my way we’d have at least a few more months left, but three days ago Eden started refusing to nurse every time I’ve offered. I know there are such things as “nursing strikes,” and I could keep trying to force it while pumping up a storm to maintain my milk supply (breastfeeding is a supply and demand phenomenon), but I might just have to let nature take its course.

We had the roughest time learning to breastfeed at the beginning (like seriously rough—it took weeks and many visits to the lactation consultant and other specialists before it felt anywhere near natural). And if you had told me back then that I would eventually miss it, I probably wouldn’t have believed you. To be honest, I only kept going those first few weeks because I have a majorly Type-A, perfectionist personality, and I don’t like not succeeding at something I set out to do. But once we got past that initial hump, it became something really, really special.

I had trouble adjusting to motherhood. I don’t think anyone ever finds it easy, but I didn’t have many friends with babies yet, so I was especially unprepared. Looking back, I really had no idea what to expect or what was normal. Eden cried a lot, and I felt very lost during those first few sleepless weeks. But nursing Eden grounded me. It connected us in a very tactical sense.

Breastfeeding tethers you to your baby. During those first six months before an infant starts on solid food, a breastfed baby usually wants to nurse every two or three hours—sometimes around the clock. In some ways this is extremely challenging, and there were days when it used to drive me up a wall. The couple of times when Mark insisted I get out of the house and do something for myself during my maternity leave, I hardly had time to go to a yoga class or go get my nails done before I had to rush back to nurse again. And then there were all the middle of the night feedings…

But for this exact same reason—that we were tethered to each other—nursing was also so beautiful. It allowed me to devote myself fully to motherhood in a way I might have had trouble doing otherwise. Even once I went back to work—when I would sometimes catch a glimpse of my former childless self, surrounded by my friends and colleagues who aren’t parents yet—I was connected to Eden, pumping milk every three hours that I was away from her. I liked having that near constant reminder that I was a mama now, because adjustment period aside, there is nothing else I’d rather be.

By learning to breastfeed, Eden and I had made a very tactical, physical commitment to not stray too far from each other during her infancy. I knew that she would always need me and always ask for, even if not by name yet. I also knew that I wouldn’t be taking any big trips without her or working too many late nights for that first year. It was a difficult balance, sure. But I was also so glad to have that time where we were tethered to each other. Because I knew that it would be so fleeting.

I know that weaning is only the first of many steps she’ll make toward her independence. And that’s the goal, right? To raise a happy, well adjusted, independent human being? But it’s still so hard to let go of that little baby of mine. Luckily, I can already see that she’s turning into a happy, curious, active little toddler. And I always have that next phase to look forward to.

P.S. I know it’s been a little while, but I want to get back into this little blog! I’ve been bad about the baby book, and I figure recording our life here will be an even better way to remember it.

Hello there! My name is Ilana Saul and Hooray Hurrah is my lifestyle blog. Hooray Hurrah is a place for the things that inspire me from fashion to weddings to decor and much, much more.
View all posts by Ilana Saul →
This entry was posted in Baby and tagged baby, breastfeeding, motherhood, nursing, weaning. Bookmark the permalink.

4 Responses to On Weaning