Arlo turns a year old tomorrow. To my dear, sweet, active one-year-old, here is the story of your birth… 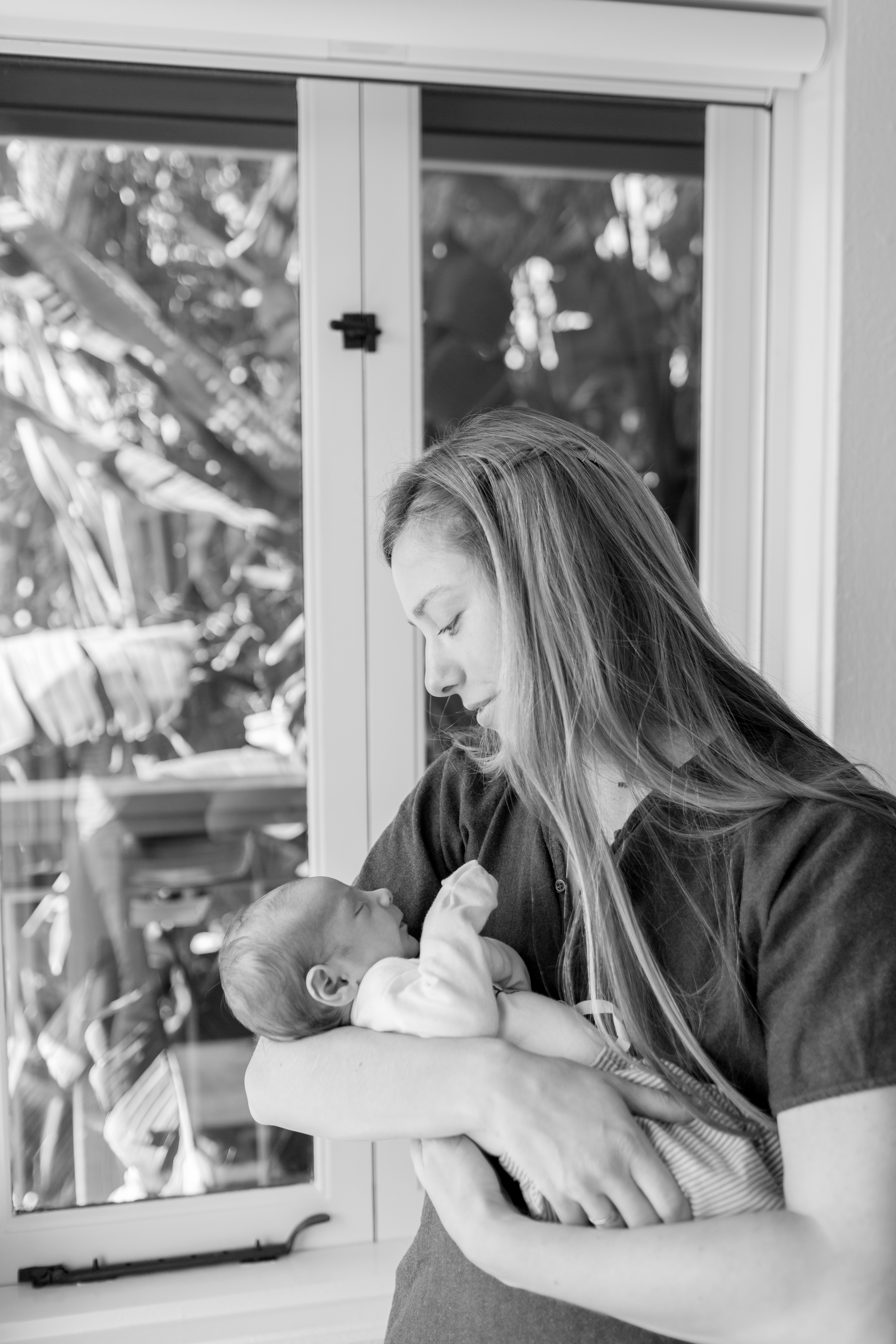 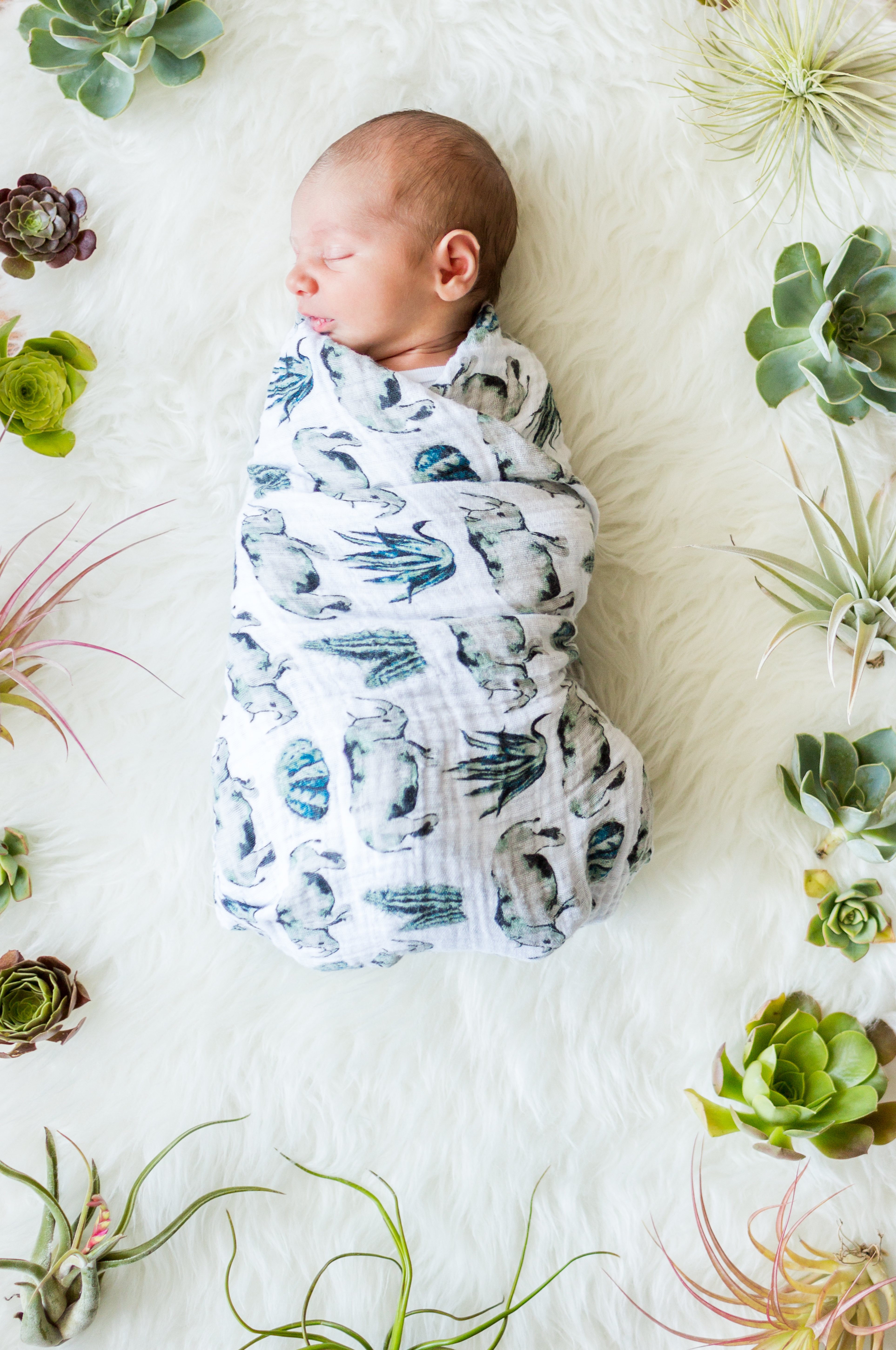 Arlo Auden Saul was born on June 7, 2017, but his birth story truly begins a few months before that, when I made the decision to try for a VBAC (Vaginal Birth After Caesarian). As you might remember from Eden’s birth story, big sis was breech and would never turn, so I ended up having a C-section. In most cases, C-sections lead to repeat C-sections with subsequent babies, and many OB-GYNs won’t even support a vaginal birth once you’ve had a Caesarian (which I’ll go into more below). So for that reason, having a VBAC is kind of a big deal.

My C-section led to the most precious and amazing gift of my first 27 years, but the truth is that it was definitely a somewhat traumatic experience. I had never been in an operating room before that, and I recall being pretty terrified and trembling throughout the entire process of Eden’s birth. We also had a really rough start to breastfeeding and I experienced postpartum anxiety. Of course I’ll never know for sure, but statistically both of those struggles are more common with a C-section versus a vaginal birth. So given my own personal experience the first time around, I knew I wanted to explore my options and make an informed decision when it came to my birth plan, instead of automatically opting for another C-section.

The first thing I did was meet with Becca Gordon, an amazing birth and postpartum doula whom I’d originally met at our neighborhood La Leche League meeting back when Eden and Becca’s son Ezra were both infants. During this meeting, Becca answered my questions and also made it clear that her role as my doula would be to support whatever type of birth plan I had, be it VBAC or C-section. But once I had made the decision to try for the VBAC, Becca did everything she could to support me, instill confidence in my decision, and make sure I was educated and informed about my options (including taking me to a panel on VBACs led by several experts in the field). The VBAC felt like a big decision (it was uncharted territory for me), but the right one. I knew I wanted to avoid another scary major surgery if there was no real reason to have one.

As for why VBACs are somewhat controversial, a VBAC comes with a very small risk of your scar from the previous surgery rupturing during labor. That sounds pretty terrifying, but the truth is that the risk is very small, and as long as you’re being closely monitored during labor, it’s very, very rarely a true emergency situation. The real risks associated with a VBAC are no greater than any other risks you take on with childbirth or having surgery, but not offering women the option of a VBAC is one of those outdated medical protocols that many doctors still choose to follow.Luckily, my OB (Dr. Rebecca Brown of Rodeo Drive Women’s Health Center) was also very VBAC supportive, which meant I did not have to find a new doctor in order to stick with my desired birth plan.

I didn’t love being pregnant. I spent much of this pregnancy battling awful all-day morning sickness (there were a couple weeks during my first trimester where I was throwing up around five times every evening). But since Eden was a late-term preemie (born at 36 weeks) the goal was to keep me pregnant a little longer this time around. Starting in my second trimester, I was given weekly progesterone shots (which Mark administered!) to help prevent preterm labor. It worked, and this guy stuck in my belly until 38 weeks.

When I was exactly 38 weeks pregnant, I awoke around 4 in the morning experiencing early contractions. (I had actually thrown up again the evening before, so even before my contractions started, I had a feeling labor might be imminent.) At first my contractions were pretty mild, so I started timing them (about 10 minutes apart), but just lay in bed and let Mark sleep in a while longer (I knew it might be a long day ahead for both of us!). Around 6 a.m., when Eden was still sleeping, I woke Mark up and told him what was happening. He was very excited! Eden was actually home sick from preschool, so we called Mark’s mom and asked her if she could come over to take care of Eden while I labored at home for a few hours. I texted Becca with updates about my contractions, which I felt mostly in my back, and she advised me on what positions might be most comfortable to labor in.

Around noon, when my contractions were still around 6 or 7 minutes apart, we headed to the hospital (my doctor advised coming in a little earlier with a VBAC than you would need to otherwise, so that they could monitor me.) We kissed our big kid goodbye and told her she would have a baby brother soon! I would also note that my contractions were never super regular. I think I had always expected them to be like clockwork, but they never were. But in any case, I had a good feeling it was time to head to the hospital at this point.

When we arrived at the hospital we were taken into triage, and they saw that I was already 4.5 centimeters dilated, which is enough to be admitted to labor and delivery. We waited for about an hour for that to happen, during which time the awesome midwife advised me that now was the time to sneak in some snacks if I had any appetite, since they would only want me having clear liquids once I was in L&D. I had a few pretzels (my appetite definitely wasn’t huge, but I wanted some sustenance), and continued to breathe through my contractions. Becca met us at the hospital as we were transferred to L&D. This whole time, my contractions felt pretty manageable and the whole experience felt very Zen compared to my surgery 2 1/2 years earlier. Mark, Becca, and I talked, told stories, and smiled in between my contractions. During contractions, Becca was very helpful in recommending positions to ease my discomfort and help labor along.

Since our hospital, Cedars-Sinai, had a mobile monitoring system, I was even able to walk the halls and check out the hospital’s seriously amazing art collection (although they later told us we had exceeded the range that the mobile monitoring system reached and we had to stick closer to my room—oops!). As we were walking, around 3:30 p.m., my water broke. We headed back to the room to check in with the nurses. Becca also let me know that if I wanted to stick with my birth plan and get a walking epidural, now might be a good time since contractions usually intensify quite a bit once your water breaks. So around 4 p.m., after 12 hours of labor, I had the anesthesiologist come in for the epidural. A ‘walking epidural,’ which only some hospitals are equipped to offer, allows you to remain mobile while managing your pain. They warn you that sometimes the walking epidural is not effective enough in pain management (the nurses told me that around 75% of women who start off with the walking epidural end up opting for a full epidural), but in my case, I felt that my pain was sufficiently managed andI was able to move about. This was great since my mobility would be super important to moving labor along and increasing my chances of a successful VBAC.

With the walking epidural in place and very minimal pain, I continued to bounce on the birthing ball, labor in a couple different positions, and could even get up and use the restroom myself when I needed to—no catheter required! The pain was so well managed that I even took a 45-minute cat nap at some point. I couldn’t believe how good I felt while still being able to get up and move. Everything literally went perfectly to plan.

Then, around 7:30 p.m,. I began feeling very shaky and started shivering profusely. Mark draped a blanket around my shoulders and I turned to Becca and said, “Is this normal?! I’m freezing and can’t stop shaking!” And she said, “Yep, it’s actually a great sign! You’re progressing into the final stages of labor!” At this point I wasn’t feeling too great, so I got back in bed, and actually threw up a couple more times (which probably brought the count to approximately 1,000,000 times during this pregnancy…oy). I could feel my contractions growing closer and closer together, and we all knew it would be go-time soon. The nurse/midwife examined me again and saw that I was 8.5 centimeters dilated and completely effaced.

Around 10 p.m. my OB/GYN arrived, and I started pushing with the coaching of the midwife and the support of Mark and Becca by my side. The pushing was the hard part—no surprise there. After only 30 minutes, I found myself doubting whether I could go on. It is one of the most physically exhausting things I have ever been through in life. But Mark kept telling me how proud he was, how much he loved me, and that we were going to get to meet our son soon. It was just what I needed. After only an hour of pushing (I later learned that 2-3 hours of pushing is average for a first-time vaginal birth), Arlo was born. He was immediately placed on my chest and it was the most incredible, triumphant experience. I finally got that rush of feel-good hormones that I missed out on the first time, and I literally felt like superwoman, and so in love with this tiny baby in front of me. I had an episiotomy and a second-degree tear, so my doctor stitched me up while they took Arlo to the warmer, weighed and measured him, and had to get some fluid out of his lungs—which ended up taking around an hour, but luckily they were finally able to clear his lungs there and did not have to take him to the NICU. He was 7 lbs 3 oz (quite a bit bigger than Eden!). I was able to nurse him immediately and he latched on much easier than big sis (that’s what a couple more weeks in the belly will do!). We texted our friends and family the good news, and soaked in those first few moments with our new babe. It was such a wonderful moment that was only exceeded by the moment Eden came to meet him two days later (we had to wait an extra day since she had been sick) and we were officially a family of four for the first time. He was born late Wednesday night, and we went home Friday morning—a much shorter hospital stay than with my C-section. I did have a couple really rough days of recovery at home (days 4 and 5 were actually the worst), but overall it was definitely a quicker and easier healing process.

Arlo is a year old as I finally sit down to write this, yet I remember it as if it were yesterday. I hope this memory and that feeling of love at first sight, are two things I never forget. 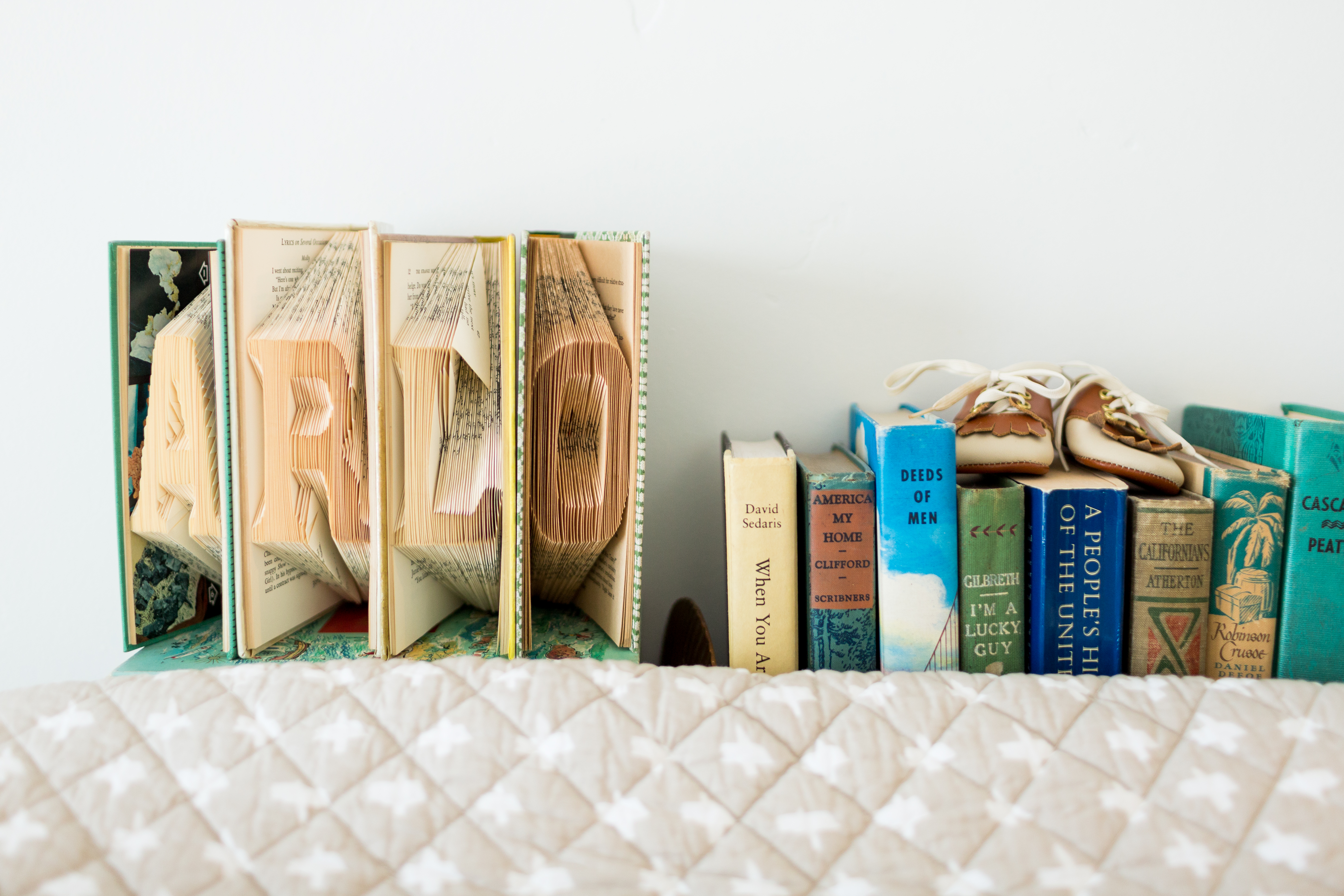